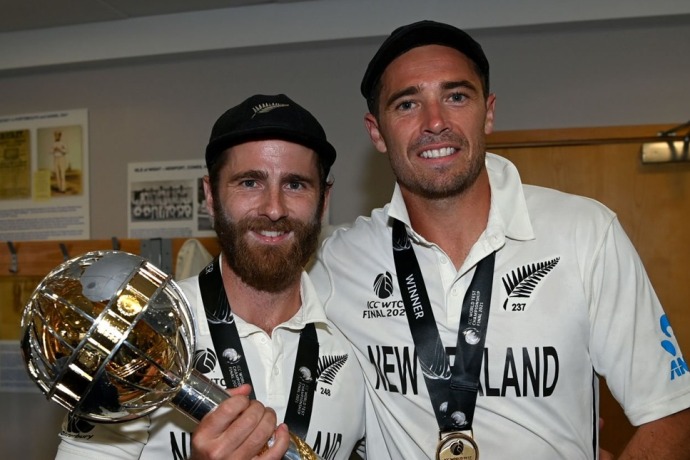 “Captaining the Blackcaps in Test cricket has been an incredibly special honour,” Williamson said.

“For me, Test cricket is the pinnacle of the game and I’ve enjoyed the challenges of leading the side in the format. Captaincy comes with an increased workload on and off the field and at this stage of my career I feel the time is right for this decision. After discussions with NZC, we felt that continuing to captain the white-ball formats was preferable with two World Cups in the next two years,” Williamson added.

New Zealand enjoyed some of the best moments in Test cricket under the leadership of Kane Williamson. They reached the top of the Test rankings in 2021 before going on to beat India in the final of the inaugural ICC Test Championship in 2021.

“Kane is one of our all-time greats and our priority is to ensure he enjoys his cricket and plays for New Zealand for as long as possible. He’s a brilliant leader and the success the team has achieved during his time in the longest and arguably toughest format of the game, has been nothing short of remarkable,” White said.

Head coach Gary Stead expressed his thoughts when he said: “Kane’s guided the Test team through an immensely successful period which is testament to his ability to bring people together and work towards a common goal.”

“We hope by lessening his workload we can continue to see the best of Kane Williamson for longer on the international stage, and we know he will remain a key leader in this group.”

Tim Southee has led New Zealand in the absence of Kane Williamson – especially in the T20 format – and will take over the job in Tests in the upcoming Test tour of Pakistan. Wicketkeeper batter Tom Latham, who has led the Test side when Williamson has not been available, has been named as vice captain of the team.