The IPL 2022 is set to begin from March 27, 2022, and for now, the Board of Control for Cricket in India (BCCI) has planned to conduct the entire tournament in India across 4 venues in Maharashtra – the Wankhede Stadium, Brabourne Stadium, DY Patil Stadium, and the MCA Stadium in Pune.

In a virtual meeting with the franchise owners on Saturday, the BCCI decided that the tournament will be held in India and god forbids if the Covid-19 situation gets out of hand then the tournament will be moved overseas. The United Arab Emirates (UAE), which hosted IPL 2020 and the second half of the IPL 2021 as well, is one of the backup options along with South Africa which is in contention of hosting IPL 2022 as a backup. 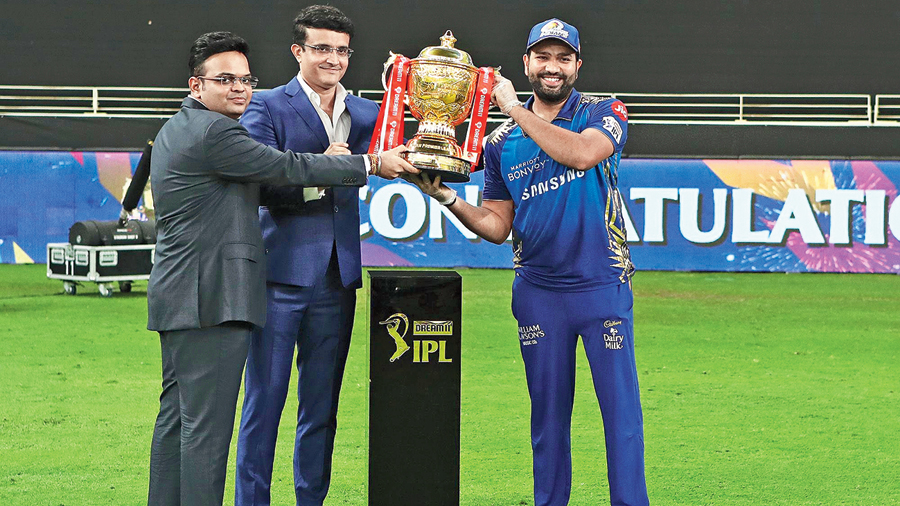 “I am delighted to confirm that the 15th season of the IPL will start in the last week of March and will run until May end. A majority of the team owners expressed their wish that the tournament be held in India. The BCCI was always keen on staging the 2022 edition that will see two new teams – Ahmedabad and Lucknow – in India.

I can tell you that we will leave no stone unturned in ensuring that IPL stays in India. The BCCI has not compromised on the health and safety of its stakeholders in the past and will concurrently work on Plan B since the COVID-19 situation with new variants remains fluid. The mega IPL Auction will take place on February 12-13th and we will lock in venues before that,” BCCI Secretary Jay Shah said on Saturday.

The 15th edition of the Indian Premier League is expected to see 74 games being played through the course of the tournament. If indeed the tournament starts on 27 March, it will be just days after the home series against Sri Lanka finishes on 18, before which India will also play the West Indies in the month of February.

The 2022 edition of the Indian Premier League is a little different from the previous edition as it will be a 10 team tournament as two new teams – Ahmedabad owned by CVC Capital and Lucknow owned by RPSG Group– are set to enter the mega auction which is to take place in February.

When and where will the India vs New Zealand match be played? Know the full schedule of T20I and ODI series

Rohit, Virat and Bumrah will return, know the complete schedule of ODI series

Indian team will be seen in action for the whole year, know the full schedule of 2023