IPL 2022 Retention: List of players retained and released – All you need to know

IPL Auction for the 2022 season will take place in the first week of January 2022, till now no specific dates are announced for it by the BCCI. The Retention lists of teams need to be submitted by November 30. The BCCI have requested the 8 IPL playing teams to submit the names of the players who they wish to retain. The eight teams can only retain a total of 4 players – with a combination of 2 Overseas and 2 Indian or 3 Indian and 1 Overseas as per the policies.

The reports have suggested that MS Dhoni, Virat Kohli, and Rohit Sharma will be retained by their respective franchises but the main question here is, Who else will be on the list of retention? As per the reports coming in, Chennai Super Kings, Mumbai Indians, Kolkata Knight Riders, Royal Challengers Bangalore, and Delhi Capitals have already finalized the final names for retention.

The defending champions, Chennai Super Kings came to the decision of retaining their skipper, MS Dhoni, for the next 3 years. The other names in CSK’s retention list are of Ravindra Jadeja, Ruturaj Gaikwad, and Moeen Ali/ Sam Curran. Moeen Ali, if agrees to continue, is the first choice only overseas option for CSK.

Delhi Capitals, arguably the most consistent team in last few seasons, has also decided on its four players which are to be retained. Delhi Capitals are willing to retain their skipper Rishabh Pant ahead of the Mega Auction in Janaury. The other three names on Retention list are Axar Patel, Prtihvi Shaw, and Andre Nortje.

Big Names in the likes of Shreyas Iyer, Shikhar Dhawan, Kagiso Rabada, Steve Smith, Ravichandran Ashwin are set to be released by the Delhi-based Franchise. Shreyas Iyer was never in contention as he wanted to lead the Capitals, but with Pant having the backing of the owners, it was hard to implement. 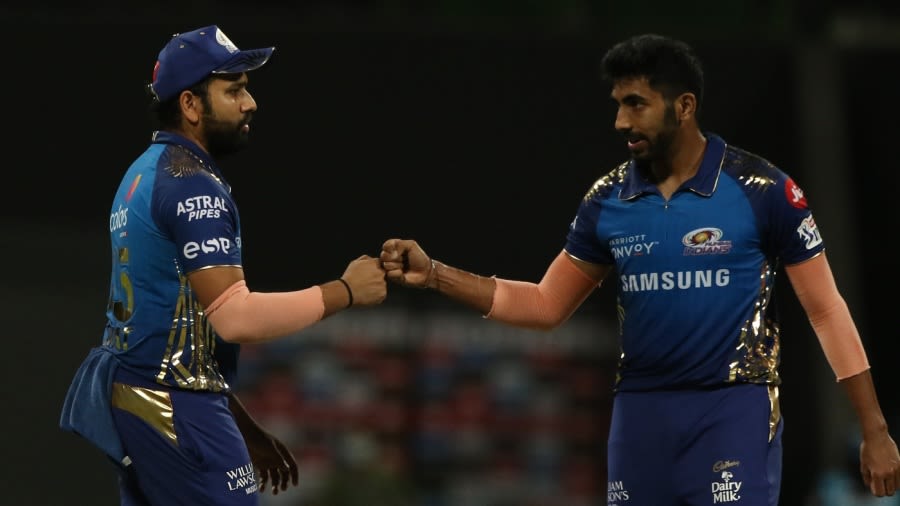 The hardest of choices are to be made by the 5-time IPL champions, Mumbai Indians. Mumbai will be looking to retain their captain Rohit Sharma, Jasprit Bumrah, Kieron Pollard, and Ishan Kishan. The Pandya brothers could be seen playing in the colors of the Ahmedabad franchise if they don’t make it to the MI’s retention list.

The runner-ups of the IPL 2021, Kolkata will be in favor of retaining Sunil Narine, Andre Russell as the overseas option. Varun Chakravarthy,one of Venkatesh Iyer and Shubhman Gill will find a place in KKR’s Retention list. KKR is one of the few teams which will not be in favour of retaining their captain. Eoin Morgan, who is going through a rough time with the bat is not getting any slot in IPL’s Retention list.

The Bangalore-based franchise will be retaining their former skipper Virat Kohli. Yuzi Chahal, and Glenn Maxwell are the two other names to be retained before the mega auction. After AB De Villiers announced his retirement from all forms of cricket, it’s a tough test for RCB to fill his spot in the middle order. This isn’t the only elephant in the room, a bigger question is who will captain RCB.

Sunrisers Hyderabad will retain their skipper Kane Williamson and leg spinner Rashid Khan. Will Hyderabad be retaining Warner after seeing his performance in T20 WC 2021 or the bigger question is, Do Warner wish to be a part of the Hyderabad side anymore?

Rajasthan Royals are very much certain to go with Jos Buttler as first choice overseas option. The two Indians to be retained are Yashasvi Jaiswal, and captain Sanju Samson. The franchise is also in talks with Ben Stokes, and Jofra Archer as their second overseas option.

Punjab Kings are looking to retain uncapped players only in form of Ravi Bishnoi and Arshdeep Singh. The uncapped retention list also features Shahrukh Khan, who recently smashed a last-ball six in the SMAT final.

Lucknow and Ahmedabad are the two new teams who will be participating in the 2022 edition of IPL. The two new additions to the cash-rich league takes the total count of teams to 10. As per reports KL Rahul, the Punjab skipper is supposed to end his journey with PBKS and will lead the new Lucknow based franchise as per the latest sources.

For the existing 8 teams, the deadline for retentions is until the end of this month i.e. November 30.

For the two new teams, the deadline to pick their players is from December 1-25.

90 crores is the total purse of 10 teams but if a team retains 4 players, Rs 42 crore will be deducted from their overall funds, Rs 33 crore if three players are retained, Rs 24 crore if two players have retained and only Rs 14 crore if only a single player is retained. However, if a franchisee pays any player(s) more than the suggested slab (they are permitted to), then the difference is deductible from the franchise’s purse.