INDWvsAUSW: BCCI gave great news to the fans, they will get free entry in the remaining matches 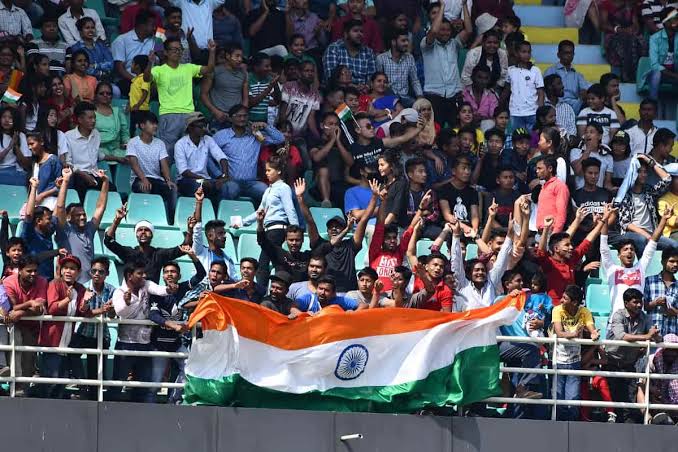 Encouraged by the presence of spectators in the second match, the Board of Control for Cricket in India has made a big announcement for the remaining matches as well.

In fact, the remaining three matches of the 5-match T20I series between India and Australia will be played at the Brabourne Stadium. The fans should take part in this match enthusiastically, so a great news has been given by the BCCI.

Sharing an information on the Twitter handle of BCCI Women, it has been written that girls and women will be given free entry for the remaining three matches. 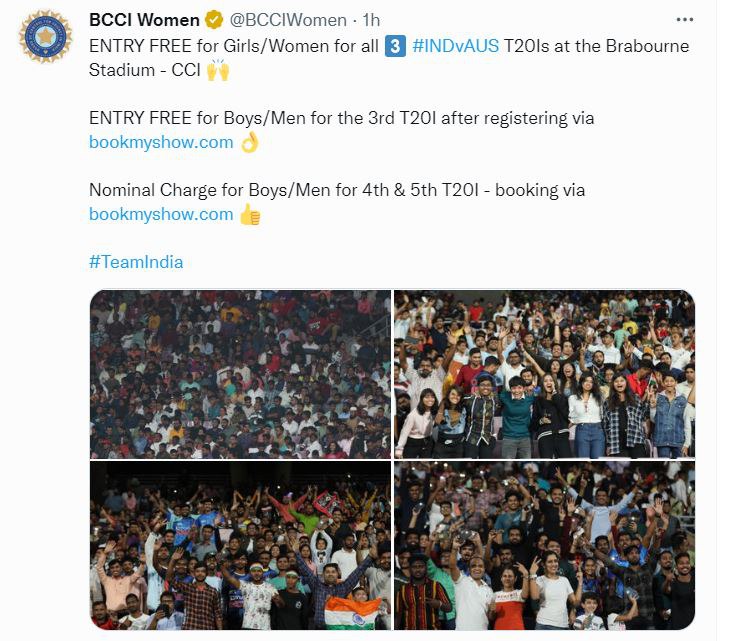 Record breaking fans were present in the second T20I –

More than 47,000 people were present for the second T20I match at the DY Patil Stadium. In that match, the Indian women’s team won the Super Over thriller to level the series 1-1.

In the second match, Australia had set a target of 188 runs in front of India while batting first, in response to which the Indian women’s team equalized the score on Smriti Mandhana’s 79 and Richa Ghosh’s 26 off 13 balls. .

India won in the super over –

India handed Australia their first defeat of the year in the Super Over. Batting first, India scored 20 runs and set a target of 21 runs in front of Australia. In response, Australia’s team was able to score only 16 runs after losing 1 wicket and lost the match by 4 runs.

With this victory, the Indian women’s cricket team equalized 1-1 in the 5-match series. The third match of the series will be played on 14 December.