Indian Batsman who have achieved No.1 rankings in International Cricket [ODIs and T20Is] 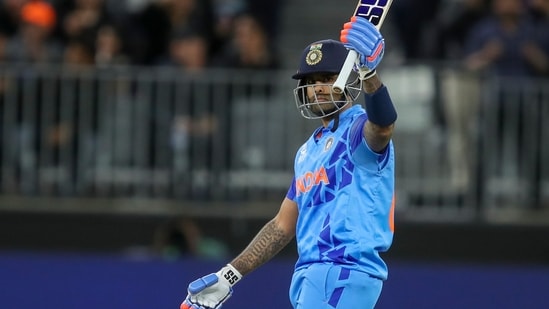 Over the years there have been very few batsmen in world  that have reached at the No.1 ODI and T20I batting rankings and have gone on to be legends of the game.

Here are the 4 Indian batsmen who dominated the no.1 position in ODI and T20I batting rankings.

In ODI batting rankings Indian legend Sachin Tendulkar has spent a total of 304 days at the top and ended two years 1998 and 2003 at the top of the pile as No1 ODI batsman. His highest ratings accumulated stands at 887 as he topped the ranking. His longest consecutive number of days spent as No1 is 98 days in the period Oct 2003 -Jan 2004.

The l master blaster has played  463 ODIs over the years and scored 18462, holding the record for the highest number of runs and the longest career in ODI cricket along with numerous other records. With a total of 49 centuries and 96 half-centuries, his talent has left many in awe and is considered one of the greats of the game.

MS Dhoni is the highest impact ODI player India has produced contributing in three ways – as a wicketkeeper, captain, and significant middle-order batsman. Dhoni’s consistency helped him become the No.1 ranked batsman in ODI rankings with the highest rating of 836. In 2006 he replaced Ricky Ponting at the peak and then was replaced by Adam Gilchrist in a week. In 2009 after staying 7 months on the top he was dethroned by Michael Hussey of Australia.

The former Indian skipper is absolutely adored by the Indian fans and is the only captain in the world to win all major ICC tournament honors. Playing over 350 matches, he has scored over 10773 runs at an average of 50.57. With 10 centuries and 73 half-centuries, he was the most dependable batsman making him the best finisher of the game.

The Indian skipper is a modern-day giant who has dominated world cricket for a decade. Reaching the summit in Oct 2017, King Kohli has enjoyed 1258 days as the No1 ODI batsman until he was replaced by Babar Azam in April 2021. With the highest rating of 911, he holds the best ever batsman rating among all the Indian batsman who has held the top ranking,

Virat Kohli is one of the best match-winners in the world and does exceedingly well in all formats of the game. He thrives under pressure and is one of the most consistent performers of the game. Playing over 254 ODIs, he has scored over 12169 runs at an average of 59.07 including 43 centuries and 62 half-centuries, making him one of the pillars of the present Indian cricket team.

With the No. 1 ODI batsman ranking being one of the top individual honors for batsmen in the game, every batsman will aspire for the title. Indian openers Rohit Sharma and Shikhar Dhawan who are so successful in their trade have come close to attaining this title. With the abundance of talents brimming from India, Kl Rahul and Rishabh Pant can also be future challenges.

India’s Suryakumar Yadav has grabbed the top position for batters in the MRF Tyres ICC Men’s T20I Player Rankings after smashing two half-centuries over the past week in the ICC Men’s T20 World Cup 2022 in Australia.

He is the 23rd player to top the T20I batting rankings and only the second Indian to reach No. 1 in T20 cricket after Virat Kohli, who spent 1,013 days at the top in different periods from September 2014 to December 2017. His tally of 863 rating points is also the second best by an Indian, the highest being Kohli’s tally of 897 in September 2014.