Indian Batsman who have achieved No.1 rankings in International Cricket in Test Cricket 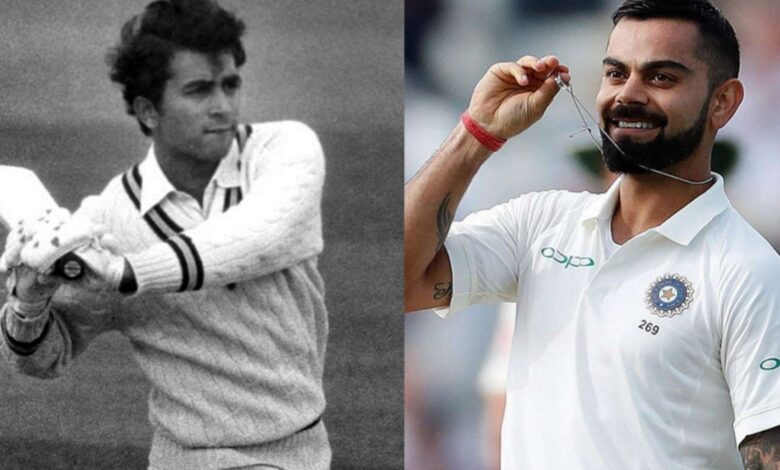 India has a significant history of producing some of the most talented batters .  Not only did these batters shine out as all-time superstars, but they also helped the country establish its dominance over the game. Few batters have had the opportunity to reach the top of the ICC Test rankings. We’ll look at the eight Indian batters to achieve the No.1 ranking in Test cricket.

Gundappa Viswanath was not just one of the most visually appealing batters of all time, but he was also the first Indian batter to reach the No. 1 position of the global Test rankings.

On February 20, 1975, Viswanath dethroned Glenn Turner and reached at the No.1  of the Test Rankings. He was in the top spot for nine months until Alvin Kallicharran beat him on November 28, 1975.

Sunil Gavaskar is one of the greatest batter of all time to play the game of cricket. On December 1, 1978, he dethroned legendary Viv Richards to become the world number one Test batter for the first time.

He achieved the accomplishment with a rating point of 916, the highest by an Indian at the time. Gavaskar held the top spot for seven months before being replaced by Viv Richards.

Dilip Vengsarkar was the next Indian batsman to reach the No. 1 position. Vengsarkar is regarded as one of India’s best cricketers of all time, with a unique batting technique that assisted him in accumulating runs.

In 1986, he produced an amazing performance. And, as his form remained at the top, he ascended to the top of the batting world on Boxing Day 1987, dethroning Allan Border from the throne. Vengsarkar ruled for 11 months .

Sachin Tendulkar, unsurprisingly, had the longest reign at the No. 1 position. He was the No. 1 Test batter for 1157 days, with the highest rating of 898 points, during his career. On November 18, 1994, he entered the top spot for the first time. He remained at the top till 2002. From 1998 to 2002, Tendulkar was solidly leading the rankings. During this time, Lara and Tendulkar swapped the number one rank on a regular basis. He reclaimed his top spot on October 8, 2010, almost exactly 16 years after ascending the crown for the first time. His tenure was limited on this occasion, as he was deposed by Kallis in June 2011.

Rahul Dravid was consistently amongst the elite players in Test cricket, with the dependability as one of his primary qualities. He was the World No. 1   batter for a long time, with a career-high rating of 892 points.

On January 2, 1999, he was number one for a short 26-day period.  On May 28, 2004, Rahul Dravid surpassed Lara to become the world’s No. 1 batter. In March, after a war with Jacques Kallis, Lara, and Ricky Ponting, he came back to the top for a short spell of less than a month.

Gautam Gambhir was one of India’s quality batters in Test cricket, with a reputation of dealing successfully with both pace and spin. He had his finest year in 2009 when he climbed to the top of the ICC Test Rankings.

He developed into a fearsome performer, winning Test Player of the Year in 2009. Gambhir’s form dipped later and was replaced by his opening partner Virender Sehwag.

Virender Sehwag, known for his aggressive brand of batting, revolutionized the concept of batting in Test matches.

In 2010, Sehwag held the No. 1 spot on the standings for five months. After two consecutive centuries against Sri Lanka, he reached the rank of the world’s top Test batsmen with a career-high rating of 866 points. Surprisingly, the player he dethroned at the peak was Gautam Gambhir.

Virat Kohli is one of the finest batters of this generation, with amazing reliability across all forms of the game. After claiming his supremacy at the top in ODI cricket, Kohli reached the No. 1 in Test rankings for the first time in 2018.

The players’ exceptional performance in England helped him claim the No.1 spot from Steve Smith with a rating of 934 points, which is the highest among Indians. He held the top spot until September 2019 before being dethroned  by Smith.Kohli once again reclaimed the throne in December 2019 .