IND vs PAK: India won in the much awaited match in WC2022 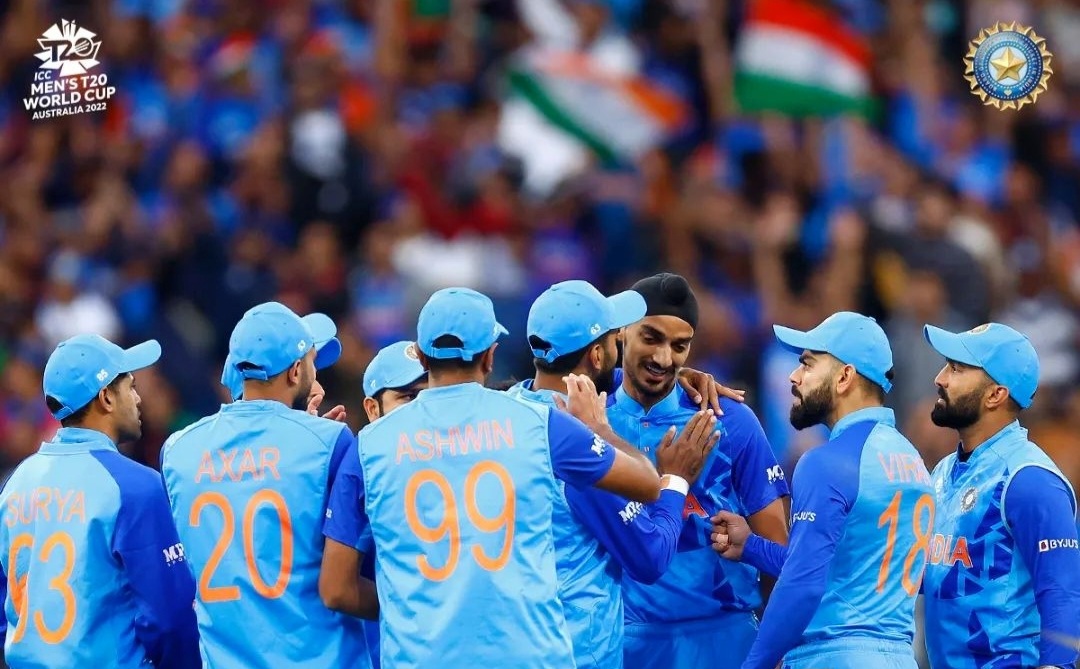 The Indian team played the first match of the T20I World Cup 2022 in Melbourne with Pakistan.

In this match, Team India captain Rohit Sharma won the toss and decided to bowl first. Batting first, Pakistan scored 159 for 8 in 20 overs on the back of Iftikhar Ahmed’s half-century and Shan Masood’s unbeaten half-century and set India a target of 160 runs to win.

In response, Team India, chasing this score, scored 160 runs for 6 wickets in 20 overs and won the match by 5 wickets. Kohli was the hero of Team India’s victory and scored an unbeaten 82 to give the team victory. India started this tournament with a win and earned two points after this win.

India’s innings, Kohli is the hero of victory –

Akshar Patel was unfortunately run out after scoring just 2 runs. Virat Kohli completed his fifty in 43 balls. Hardik Pandya scored 40 runs. Nawaz got out on the ball. Dinesh Karthik was stumped after scoring one run, but Virat Kohli scored an unbeaten 82 off 53 balls with 4 sixes and 6 fours. After this, R Ashwin gave the team victory by hitting a four.

Arshdeep Singh gave India the second success and he gave Mohd. Rizwan was caught out for 4 runs. Rizwan’s catch was caught by Bhuvneshwar Kumar. Iftikhar Ahmed was proving to be dangerous for India and he scored 51 runs off 34 balls with the help of 4 sixes and 2 fours, but Shami ended his innings by getting him out leg before and brought relief to India.

Hardik Pandya gave India the fourth success and got Shabad Khan caught by Suryakumar Yadav on the score of 5 runs. Hardik Pandya took his second wicket in the form of Haider Ali and got him caught by Suryakumar for 2. Hardik took the third wicket of this match in the form of Nawaz and got him caught out for 9 runs. Arshdeep Singh got Asif Ali caught for 2 runs.

Shaheen Afridi was caught on his own delivery by Bhuli for 16 runs. Shan Masood scored 52 runs off 42 balls with the help of 5 fours and remained unbeaten. In the first innings for India, Arshdeep Singh and Hardik Pandya took 3-3 while Bhuvi and Shami took one wicket each.

Md Shami and R Ashwin in the team, Pant dropped –