In the first ODI, these players can get a chance in the playing 11 against the Kiwi team 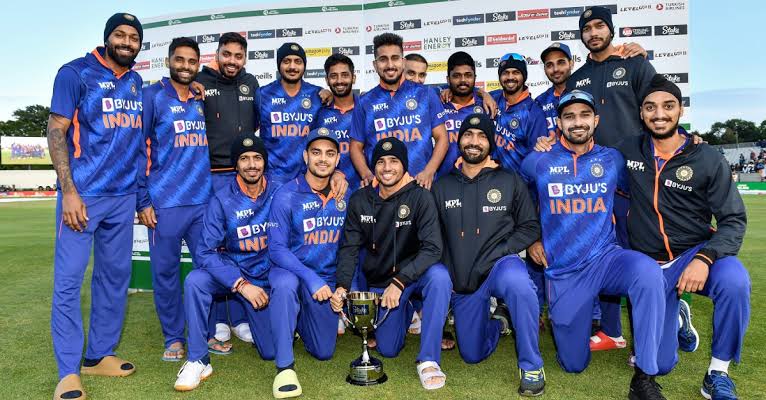 The Indian cricket team is on a tour of New Zealand these days and after the three-match T20I series, a three-match ODI series will now be played, which will start from Friday.

The Indian team is playing without big players like Rohit Sharma and Virat Kohli on this tour, but the team management has a great opportunity to experiment.

Against New Zealand, Dhawan would like to start with a win, but in this match against the Kiwi team, he will have to take the field with the right playing XI. There is no dearth of good players in the team, but considering the situation, selecting the right team is going to be a big challenge for Captain Dhawan and the team management.

Talking about the first ODI, Shikhar Dhawan’s opening partner Shubman Gill can be in this match, while Shreyas Iyer can get a chance at number three. Although Iyer was not successful in scoring runs in the T20I series and he is struggling with his form.

Apart from this, the star batsman of the Indian team will come out to bat at number four. Rishabh Pant will be the first choice as wicketkeeper in the team, but looking at his poor form, Ishan Kishan can also be given a chance.

At the same time, Sanju Samson can also be a part of this team and he can be sent to bat at the sixth position. If Deepak Chahar is present in the ODI team, then he can be given a place in the playing XI, who bats well, while Shardul Thakur can also be successful in making a place in the team.

Arshdeep Singh bowled well in the last match of the T20I series and is likely to feature in the playing XI, but may face competition from Umran Malik. At the same time, Kuldeep Yadav and Yuzvendra Singh Chahal can also get a place in the playing eleven.