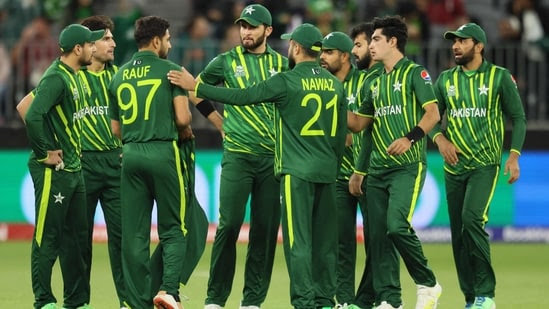 The two losses have darken the  Pakistan’s chances of making into the semi-finals of the T20 World Cup, but they are still in the contest with a mathematical possibility.

Pakistan have failed to get their first win in the T20 World Cup 2022, after the first two games. Virat Kohli’s unbeaten 82-run knock in Melbourne  denied Pakistan a chance to repeat what happened in Dubai last year,  as they lost by four wickets in their World Cup opener. Three days later, the Pakistan side suffered a shocker as they lost by a run to Zimbabwe in Perth. 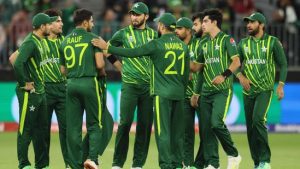 Pakistan presently stand at the fifth position in the table and are only the second team apart from Netherlands who are yet to claim a win  in Group 2 of the Super 12 stage of the T20 World Cup. Their net run rate of -0.050 which separates them from Netherlands (-1.625). Pakistan of course have to win all their remaining three games – against Netherlands , Bangladesh , and South Africa (Sydney) – to stand a chance of making the semi-finals. However, Pakistan will have to depend on other teams result as well.

The maximum of six points,  Pakistan can gain if they win their next three games . India are presently the best-placed side in the group and are expected to make into the semi-final with three more games left remaining. They win two more and India are can finish top of Group 2, assuring themselves a semi-final berth. Even if they win one more, a superior NRR will give them the edge in the semi final race.

For Pakistan to get into semi-final, they need one between South Africa and Zimbabwe to win not more than one their remaining three games. Two wins will have South Africa, the second-placed side, with seven points, which will be more than the number of points Pakistan can achieve. Same for Zimbabwe, who are placed third in the group with three points.

3 Contenders for next captain of South Africa Cricket Team