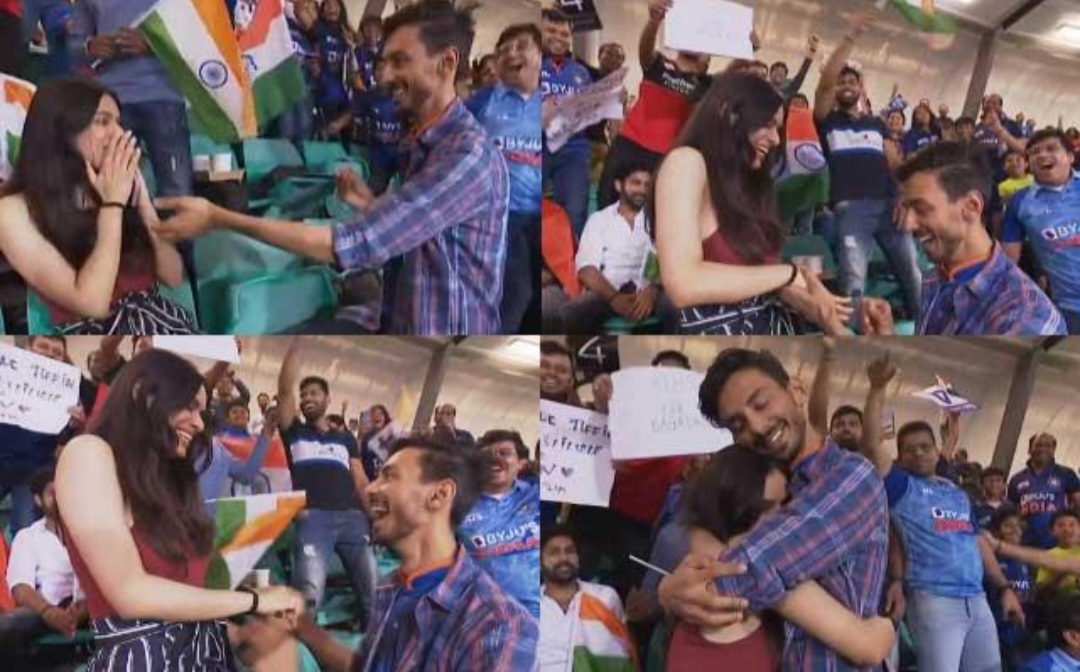 While the thrill was on in between India-Netherlands match at the Sydney Cricket Ground, on the other hand someone’s love was flourishing in the stadium.

In fact, during the India-Netherlands match, a man proposed to his girlfriend for marriage at the Sydney Stadium on his knees and got a yes reply. Now these pictures have become viral on social media.

It is seen in these pictures that first the person stands in front of his girlfriend, then proposes to her by kneeling and then he gets the answer yes. After this, both of them hug each other and other spectators present there greet them with applause and join in their joy.

This video was also shared by the ICC in which the man asking his girlfriend will you marry me and he gets the reply of yes.

INDvsNED: Video of a couple while proposing each other in live match

Let us tell you that in this match against Netherlands, the Indian team won the toss and decided to bat first.

Playing first, the heavy team scored 179 for 2 in 20 overs on the basis of Rohit Sharma’s half-century while Virat Kohli and Suryakumar Yadav’s unbeaten half-century innings. In reply, the Netherlands team could only manage 123 for 9 in 20 overs and lost by 56 runs.