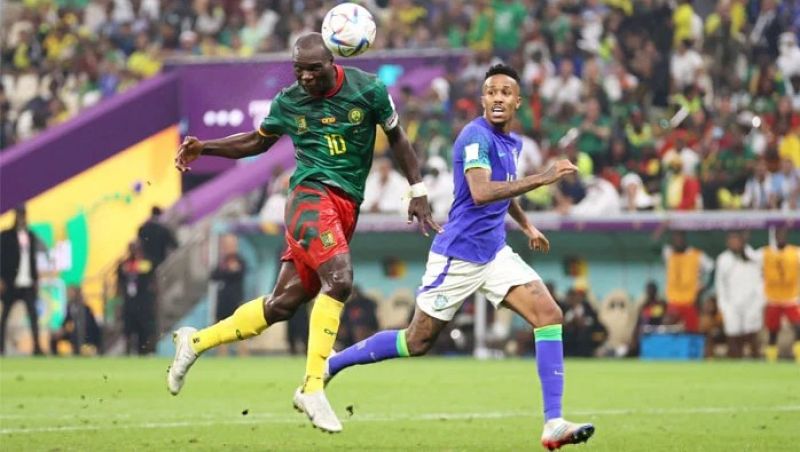 The first ever African team to beat Brazil ever till now is Cameroon. Since 1994, FIFA World Cup it’s the first time no team has won all the 3 games in the group stage Brazil was so close to having those 9 points in their bag but Cameroon had other plans on the final day of the group stage matches.

What chaos happened in the Group G because of Cameroon stunner to Brazil?

Cameroon struck in injury time to win over Brazil by 1-0 while on the other hand, Switzerland put three past a shaky Serbian defence to win their last game of Group G, one more goal by Switzerland could have made them top the group and we could have witnessed Portugal vs Brazil in last 16 only. The results had no real bearing on the group though as Brazil and Switzerland both qualified for the Round-of-16. This is the third World Cup in a row where the Swiss have moved past the group stage. 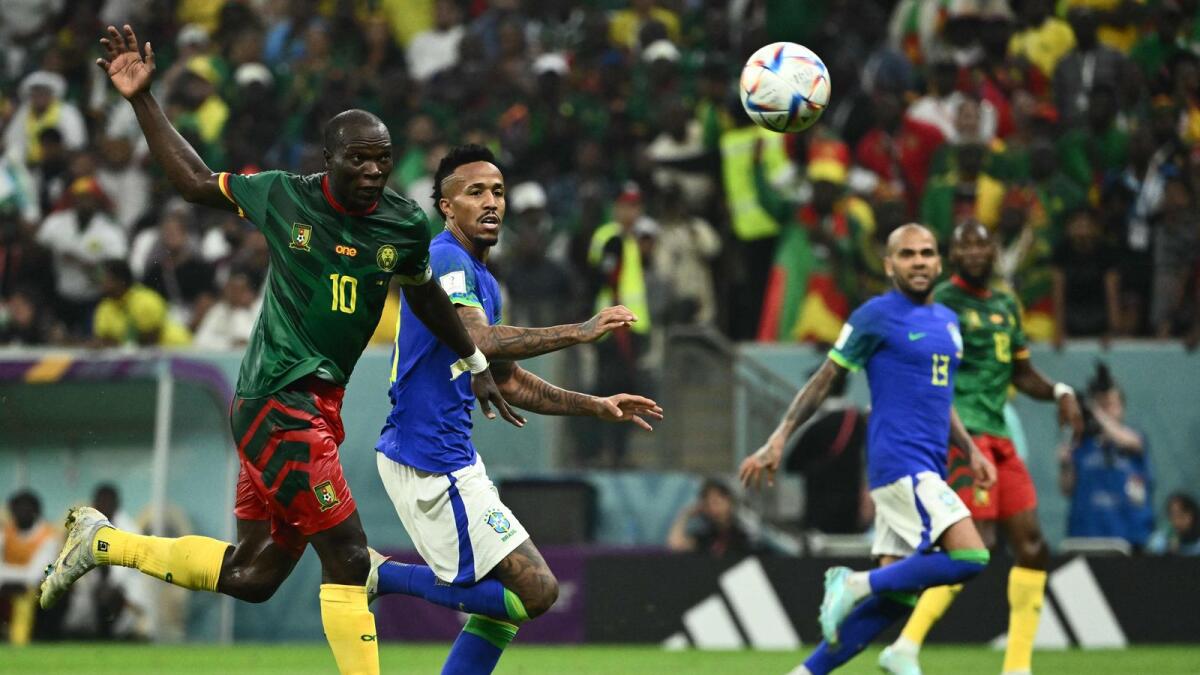 Serbia had to win to qualify for the knockouts while Switzerland could afford to look at the Brazil-Cameroon result with hopes of moving on to the next round.

The Swiss scored the first goal when the evergreen Xherdan Shaqiri struck Serbian hopes with a powerful drive in the 20th minute. Despite being a goal down, Serbia could take hope from a manic World Cup group stage that has seen a lots of setbacks.

But in no time, the Serbian struck twice in quick succession. The first goal came from Aleksandar Mitrovic, who connected with a header that he promptly deposited into the far bottom corner. Equaliser in the bag, Serbia were once again let in to the match, as well as the group, when the Swiss’ lackadaisical defending led to another Serbian opportunity.

This time, it was Shaqiri, who lost possession in the midfield. Dusan Tadic, who is always good for a defence-splitting pass, managed to slip a ball in. The Swiss defence should have easily cleared the ball away but instead gave away possession to Dusan Vlahovic.

Brazil, started their second string side, after having secured their qualification to the next round, were in a goalless situation against Cameroon after the hand of the first half. A win for Cameroon would complicate matters in the group, much like it has for almost all other group stage matches. 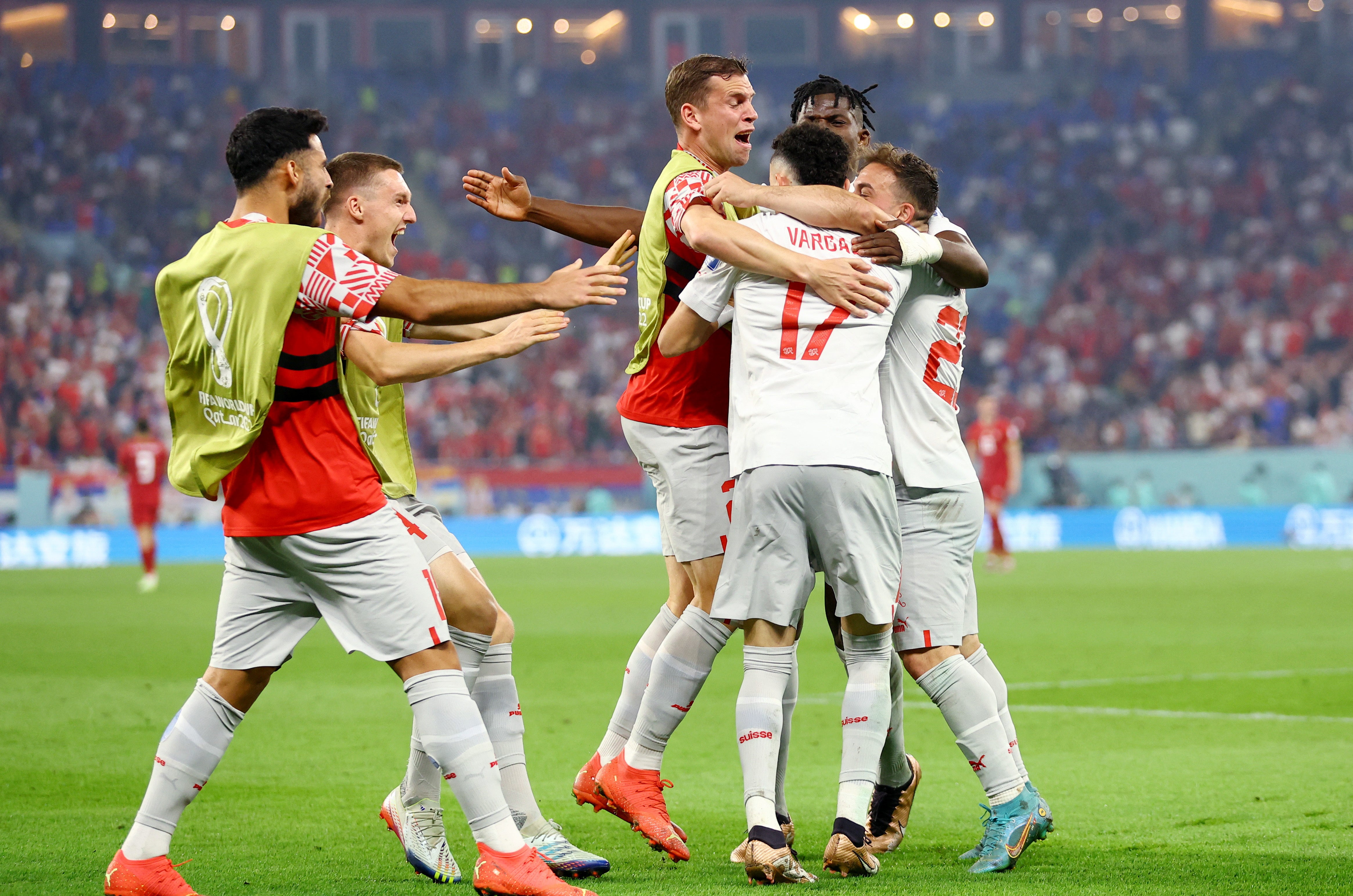 The Swiss began their second half like they ended the first. Shaqiri was at the heart of this move as well. The winger received a pass back from Embolo and then supplied a delicate dink over the Serbian defence. That ball over the top was met by Ruben Vargas who matched Shaqiri’s piece of skill with a deft no-look heel pass that reached Remo Frueler, who converted to give Switzerland their lead, as well as the second-place position on the group back.

Towards the end of the match, the Serbians slowed down, the third goal from Switzerland came and for a moment it seemed one more goal and Switzerland will end their group stage as group leaders. 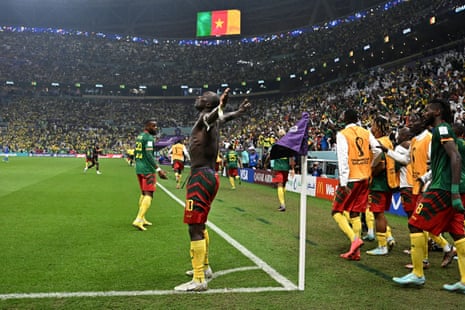 On the other end of Doha, Cameroon struck in injury time. An Ngom Mbekeli cross from the right was met by Vincent Aboubakar, who ghosted between the Brazil centre-backs and scored the winner. Even though they lost, Brazil still managed to take the top spot in Group G thanks to their goal difference. We have seen many upsets in this world cup, What’s future holds in the last 16 for these teams?