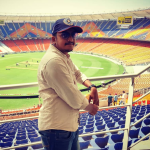 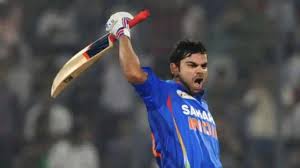 Virat Kohli is the current Indian skipper and one of the greatest middle order batsman the game has ever seen. He has played many astonishing knocks for team India across all formats of the game. While chasing any target Virat has amassed 5388 runs at average of 96.21 across 86 innings. He is regarded as one of the best chasers in the world.

Indian spectators have witnessed many unbelievable knocks from him over the years. The 52-ball century against Australia in Jaipur in 2013, the 107 against Pakistan in the 2015 World Cup, his knock of 160 not out in South Africa in 2018, the sublime 138 in the sapping heat of Chennai in 2015, or the Hobart epic that saw India chase down 331 in just 40 overs the list is endless. But according to former India opener Gautam Gambhir ,Kohli’s 183 against Pakistan in Asia Cup 2012 is one of his greatest knock. Chasing 330 against Pakistan in Dhaka Virat played a solid knock of 183 from 148 ball, with 22 fours and one six.

““Virat Kohli has played many unbelievable innings across the three formats, but this is one of his greatest innings from all points of view,” Gambhir said on Best of Asia Cup watch along on Star Sports. “First of all, we were chasing 330, then India was 0/1, and then scoring 183 out of the 330 runs, that too against Pakistan, and that time, he was not that experienced too. According to me, I think probably this is one of Virat Kohli’s greatest innings, honestly.”

With Sachin Tendulkar, Kohli added 133 for the second wicket, putting the chase back on track. After Tendulkar was dismissed for 52 in his final ODI for India, Kohli added another 172 runs with Rohit Sharma for the third wicket. Rohit and Kohli fell in quick succession before Suresh Raina and MS Dhoni guided India home with more than two overs remaining.

A budding cricket writer who loves this game more than anything else.i follow every cricket game that is happening around the globe.i want to write as much as i can about this beautiful game.