BBL 2021-22 Live Streaming : When and where you can watch on TV and Online

Adelaide Strikers finished 5th in the 10th edition of the Big Bash League 2020. The franchise will look to improve on their efforts in the 11th edition of the tournament. Alex Carey and captain Travis head are likely to miss the tournament due to their selection in the test Squad for the Ashes.  The team has one of the best spinners in the world, Rashid Khan, who is an elite T20 bowler. The team has experience of Peter Siddle, Matthew Renshaw and Liam Scott.

Brisbane Heat finished 4th on the points table last year. The team can make a bigger impact in this edition of the Big Bash League. Mujib ur Rahman has already established himself as a versatile T20 bowler in the world. He took 14 wickets in 8 games including a 5 wicket haul in his Maiden appearance in the Big Bash. The team has some quality cricketers like Chris Lynn and Max Bryant.

The hurricanes finished 6th in the last edition of the Big Bash League. Matthew Wade will be available for the team and will captain the side. Matthew Wade had an amazing T20 World Cup and can score big runs this season of Big Bash. Team has the experience of Peter Handscomb, Ben McDermott and D’arcy Short as T20 specialists. Sandeep Lamichhane will also be the part of team this season alongside Scott Boland and Riley Meredith.

Melbourne renegades had an disappointing season, and finished last on the Big Bash points table. They won just four out of their 14 games in the season. The Australia captain Aaron Finch is not having the best of his time with the bat. Shaun Marsh is a reliable player for the team and carry a lot of experience in then shortest format. Nick Maddinson is likely to captain the side, bowlers like Kane Richardson and James Pattinson along his side to add lot of value to the team in the Big Bash’s 11th season.

Melbourne Stars have a top heavy squad, with the 3 marquee players in Adam Zampa, Marcus Stoinis and the captain Glenn Maxwell. Adam Zampa will be joined by Qais Ahmed, leg spinner from Afghanistan. Billy Stanlake and Nathan coulter-nile will have high expectations from the star’s fan. Joe Burns has also been included in the squad which improves the batting lineup.

Perth scorchers have been the most consistent side in the history of Big Bash League. They played the finals in the last season and lost against Sydney Sixers. Mitchell Marsh is all set to join the team after is heroics in the ICC men’s T20 World Cup 2021. The team has won 3 titles and has finished 2nd two times in the Big Bash history. Mitchell Marsh will be supported by Colin Munro, Cameron Bancroft and Ashton turner.

Sydney sixers are the defending champions of the Big Bash League. Tom curran will be available for the team after missing out the last season. Chris Jordan will also be available for the Sydney Sixers for the first 5 games. The team looks highly balanced with the explosive openers like Josh Philippe, Daniel and James Vince at the top. Moises Henriques, Dan Christian and Jordan Silk and will bat in the middle order. Steve O’keefe and Jackson bird who had an excellent outing last year will also join the party for sixers. 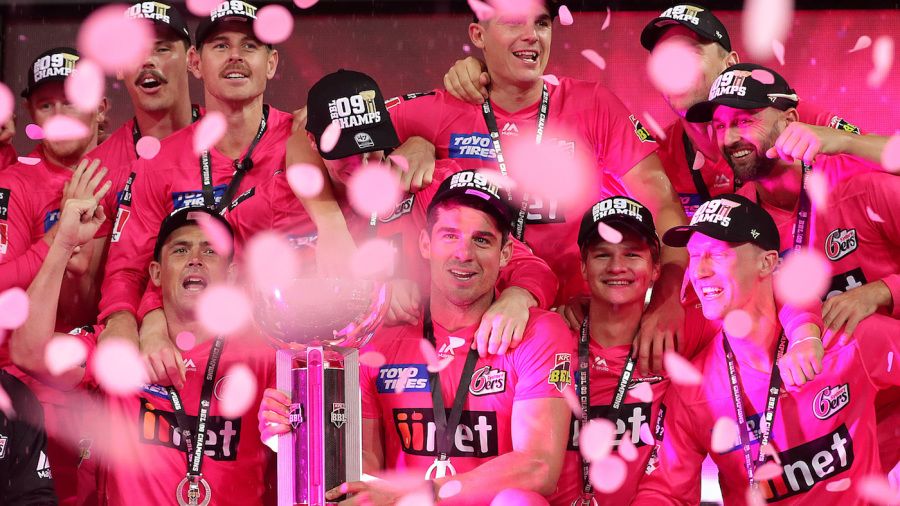 The thunders had an impressive last season finishing 3rd in the tournament.  Alex Hales was the leading run scorer last season. Usman Khawaja will not be available for the side due to his test commitments. On the other hand Callum Ferguson has announced his retirement. Players like Sam billings, Ben cutting, and Alex Hales makes this team one of the most dangerous sites in the tournament. Trevor Bayliss has joined the team as the head coach.